Where did the name Cross Keys come from?

We are frequently asked about the name of our bank, so this seems like a good time to provide some background about our identity.

In 1902, a small group of businessmen in the St. Joseph area of Tensas Parish realized that a bank was needed to serve the needs of the community. Their prudent management of the young bank enabled it to grow and prosper and, as a new business in town, new jobs were created and funding was provided enabling the town to grow and prosper. In fact, the strength and stability of the bank allowed it to continue through the depression years when many banks failed.

It was 85 years later when another bank's failure provided the catalyst for our expansion into new markets. In 1987, we opened in Tallulah, LA in what was the former Tallulah State Bank location. Two years later, in 1989, another bank failed, and the Bank of St. Joseph & Trust Company purchased The Sterlington Bank. This also created the immediate realization that the Bank of St. Joseph moniker was no longer adequate and a new more broadly acceptable name must be sought.

Now, everyone knew that a new name was essential, and what seemed like a simple process of finding a new name became what the bank's president at that time, Bill Watson, called "one of the biggest challenges of my career as president of the bank." Many suggestions were tossed around, but none of them had the reaction that we were looking for. Bill said, "What we wanted was something a little bit different; to distinguish our name wherever we might expand in the future, but also something that had some connection to our roots in North Louisiana.”

Bill said, “The name change took an interesting turn one day when my wife and I received a visit from her brother, a resident of San Francisco, and we took him out to see the old family farm called Cross Keys Plantation. Later that evening the quandary of a new name for the bank was discussed, and the visitor from California said, 'Why don't you call it Cross Keys Bank?’ At first the directors of the bank discarded the idea, but then it seemed destiny took over. The farm is located on the banks of old Lake St. Peter giving the biblical connotations, possibly referring to Peter receiving "the keys to the kingdom", thus giving further credibility to the biblical influence.

Several months after considering the idea to use the name “Cross Keys Bank”, while attending a bank convention in New Orleans, another piece of the bank name puzzle fell into place. Bill noticed that the concierge at the Hilton Hotel wore on the lapel of his uniform a distinctive pin that appeared to be crossed keys. So, Bill asked him to explain it. The concierge smiled and proudly explained "the keys stand for the source of information, service, the wine cellar, etc.; virtually anything a guest might need."

The connection between the crossed keys insignia and satisfying customers' needs was the "key" that Bill had been looking for. He said, "I had been leaning away from the name Cross Keys because of my family's connection to the farm, but the identification of the crossed keys with excellent service was a compelling reason to make our decision. At our next board meeting, I presented a sample logo with the keys on some sample stationery, and on October 16, 1989, our directors immediately adopted our new name and the symbol that we still proudly use today."

We chose the name Cross Keys Bank because we thought it represented a long and proud history of excellence in service to our customers. Since the name change in 1989 the world has changed a great deal. We have opened offices in Monroe, West Monroe, Rayville, and Shreveport, LA, and we have a virtual presence at www.CrossKeys.Bank along with our Cross Keys Bank mobile application that gives us the opportunity to deliver our excellence in service to the palm of our customers' hands anywhere in the world. We are proud of the name Cross Keys Bank, and we are certain the crossed keys and the measure of excellence they symbolize will continue to serve us well as we continue to grow.

So that's the long version. The short version is that we are different; we have been around since 1902, and our core values are service with honor and integrity! Our mission at Cross Keys Bank is to help our customers succeed. By their success, we will succeed! 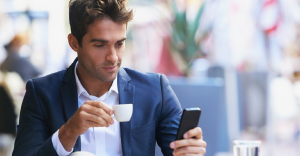 from just about anywhere, at any time. Learn More.